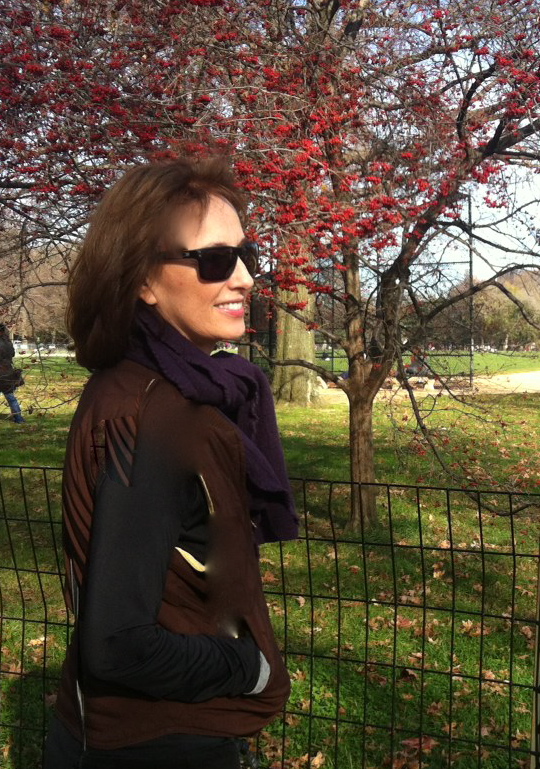 Veteran Guiding Light actress Maureen Garrett recently revealed her 20-year relationship with her partner, Janet Morgan. We have the exclusive Q&A with Garrett from the OUT Magazine interview. Read on for more of Maureen Garrett, from her favorite storylines to her current projects in Costa Rica.

Q. What was it like to say goodbye to Guiding Light and Holly for the last time? Were you satisfied with the way Holly's story ended?

MG: On the one hand, it was tough to say goodbye because I felt Holly had a lot more to say and do. We all felt that way, even though we knew the end was coming for a long time.  On the other side, I was over it. It had been a long run, far longer than I ever expected and I was ready to do other things with my life. Holly went off to travel the world with Ed and that felt right, she had always loved Ed and it was a healthy, grown-up relationship.

Q. Was there any one storyline that you particularly enjoyed?

MG: I loved the Roger and Holly story, as sick as it was, I adored the complexities of the story and working with Michael Zaslow was a joy.  He was tough, but exciting to work with and we had a genuine chemistry on and off screen.

Q. Were there any storylines that you disliked playing?

MG: Kidnapping all the children in the “Nursery Rhyme Stalker” story was not my finest moment.  The final story line when Holly was kidnapped by Sebastian and I had to play the Stockholm syndrome angle was particularly hard to take.  It was around this time I started thinking it was really time to move on.

Q. Is there anything you'd consider to be high and low points in your GL career?

MG: High point when I was on location shooting in Santa Domingo, in the actual jungle when Roger stole me away, and the low point, after golden years, when I was kidnapped into the “jungle” in the 44th Street studio by Roger’s son Sebastian.

Q. One question that fans keep coming back to is, what are you doing now? Are you still acting?

MG: After GL, I took off from New York.  I no longer felt any desire to pursue acting, that muse had flown, but I hauled huge pieces of wood up to Massachusetts that I had been sculpting.  I wrestled with writing a novel/screenplay/play.  I traveled back and forth to Costa Rica and with my family have been developing a food forest there.  Gardening has always been a love of mine and my partner's, Jan Morgan and our son Paul is involved in the agroforestry movement there.

I wanted to spend more time with my mother and the last year of her life when we brought her to live in our house on this lake in MA is one of the most beautiful and cherished memories.  In the spring of 2012, after she passed, Charles Towers, artistic director of the Merrimack Rep in Lowell, MA , dangled a juicy role in a new play “Ghost-Writer.”   He offered, I bit.  I played a character who ages from her 40s to 50s , then 60.  I was engaged and electrified by the experience.  Funny how things come around again.  I am on the look-out for my next project. 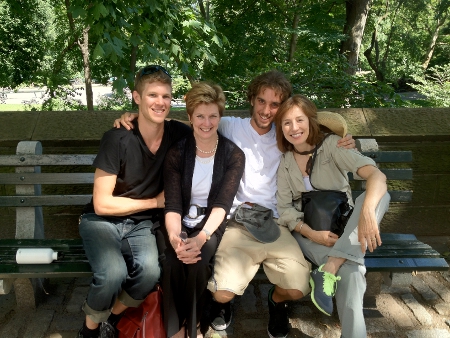 MG: I think it’s great that people still are interested.  I have only seen it when my niece Jessie or Mimi Torchin, once editor of Soap Opera Digest, or someone else sends me a clip.  But no, I don’t follow the blogs or message boards.  Stroking the publicity end of the business was never my interest.  I do realize there are still fans out there when I am recognized in the line at the post office or bank tellers recognize my voice.  I am flattered that people remember.

Q. Do you have a web presence?

MG: There is one in the works for the projects we are managing in Costa Rica. Look for Sequent Management Group in the fall.

MG: I put a lot of effort into portraying that character.  My approach was kind of like a painter.  First the broad strokes to understand the action in the scene, then adding layers of her history, with the scene partner and with other relationships. Understanding where her humor might lie, when she is not telling the truth, when she is fudging, hedging, seducing, covering… her struggles, frustrations, tenacity. When she wanted to give up or then fight on with everything she had.  To me, it was mostly endlessly fascinating and I loved that job for years.

Q. Did you have anything in common with Holly?

MG: Not always her clothing choices, and certainly not her footwear.  And she wore far too much makeup.  It was endlessly entertaining for my family and friends to see me show up in jeans and boots, straight from my cabin in Montauk, and undergo the transformation. Holly and I both, however, loved the “chase” and various forms of escape.  At the end of the day, I almost always washed off the makeup and with it, Holly’s brand of crazy.  Maybe people were drawn to her because I didn’t let it all hang out, they could project their pain and struggles onto her.  The fan letters seemed to reflect that.

Q. Are there any causes or social issues that are of particular interest or importance to you?

MG: Pesticide use, saving the oceans, clean water, healthy food, access to education and VOTING.  As I mentioned before with my interest in agroforestry: there is a lack of affordable fresh foods in so many neighborhoods.  The average middle class family can’t afford to keep their family healthy.  I follow politics closely and support people like Elizabeth Warren and marvel at the depth of Obama’s presidency. The problems he is attempting to solve have been coming to a head for 30 years.  He can’t be expected to do it all at once and needs our support to be given another term.

Q. Is there anything else that you would want people to know about you?

MG: Physical training is another passion.  As I get older, I realize how important weight training is.  I work with a trainer and am stronger than I have ever been in my life. It’s great for strength, stamina, and let’s face it, for looking and feeling good.  I also swim, row and hike daily (have I mentioned my other love – Romeo, the dog?)

I am very happy and fulfilled.  I have a relationship of more than 20 years with my best friend and partner, Janet Morgan.  We have raised three boys, now young men who are gifts to this world.  Lucky are their future partners (grandchildren anytime, guys). They are all environmentally conscious, healthy, funny and loving.

Our oldest son lives in Stockholm and works on environmental issues [and our second son] lives in Costa Rica, working in agroforestry, with a particular interest in breadfruit for poverty alleviation.  Our youngest recently graduated college and could be making a career out of his summer job of leading wilderness treks in the U.S. and Canada. I am very close to one of my nieces, an artist who came to live with us for years.  She has given me the opportunity to help raise a fine young woman. She lives in Portland, Oregon and is part of the food movement there.

Holly -- the character who read Browning, referenced Kierkegaard and had torrid love affairs -- was unquestionably cool. So is the woman who played her. Nice work, Maureen!


Jef Holm and Emily Maynard really are over


Lindsay Lohan has a wicked fight with mom Dina Lohan