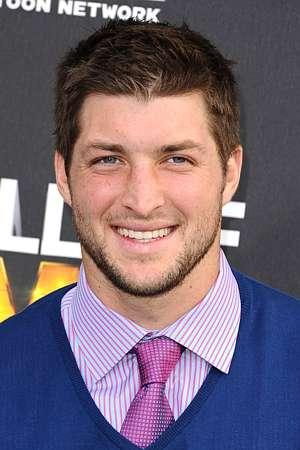 Tebow steps out with a new lady.

Tim Tebow is without question one of the country's most eligible bachelors. The New York Jets QB might not be so eligible anymore. Yes, Timmy has a girlfriend! For years, he's been linked with everyone from Lindsay Vonn to Taylor Swift to Katy Perry, but now there's confirmation that he's been hooked by a hot young actress. So, who is it?

None other than Camilla Belle, the ex-girlfriend of Joe Jonas, among others. She was also romantically linked (several years ago) to Twilight hottie Robert Pattinson. But that's all in the past now, as she's Tebowing with The Man himself!Tim Tebow and Camilla Belle had their first big public outing earlier this week. Did they go to a fancy restaurant? Hardly. Tim and his new lady love went bowling! Yes, the hot new couple showed up to bowl a few games at Latitude 30 in Jacksonville, Florida, on Tuesday.

If you're not familiar with Latitude 30, it's actually a very swanky place. In fact, according to the official website, Latitude 30 offers "luxury bowling." Now I'm not quite sure what that entails, but it sounds nice. There's no immediate word on who won, by the way, but we all know Tim Tebow's nothing but a winner, right?

As someone who has followed Tim Tebow's football career with great interest (I'm an SEC girl and I'm married to a Denver Broncos fan), I can honestly say that this is the first time I've ever seen him stepping out with any lady friend on an actual date. I could be wrong, but I think I'd remember it. Even the supposed date with Taylor Swift was just a friendly gathering. Love him or hate him, Tim Tebow is a super celebrity now, and this is going to make big headlines in the days and weeks to come.

Look out Kim Kardashian and Kanye West, there's a new power couple out and about. What should we name them? Timilla? TeBelle? I'm open to suggestions!


Which 'Real Housewife' just got divorced?