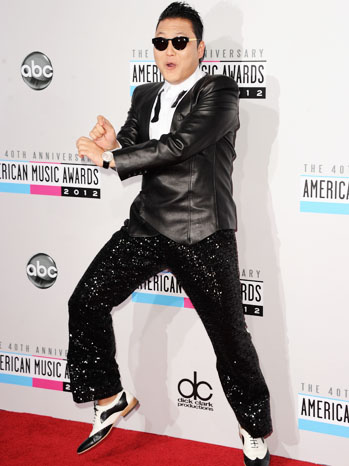 Korean pop star says he's sorry, but should be be forgiven?

Unless you live under a rock, you've probably heard of South Korean pop sensation PSY. His video for the song "Gangnam Style" is without a doubt one of the biggest of 2012. PSY's popularity here in the U.S. has soared in recent months, but his image took a huge hit this week after a clip surfaced that showed him rapping decidedly anti-American lyrics during a show back in 2004.

PSY has since apologized, but should he be forgiven? The lyrics are extremely offensive to me as an American. I'm furious, in fact. I'm not sure if I can cut him slack on this one.

On Friday, the story broke that PSY had, in fact, rapped at not one, but at least two anti-American protest shows in 2002 and 2004. During the 2004 show, PSY performed a song called "Dear American." The lyrics, as I already warned you, are extremely offensive, but I feel everyone needs to know exactly what PSY said, so here goes:

Yeah. Forgive? I just don't know if I can. PSY's fame in the U.S. is probably fleeting, and it was even before this story ignited a backlash against him. I mean really, it's not like "Gangnam Style" is all that great, right? If you answered "Yes, yes it is" then stop reading now and just go away.

PSY issued an apology and a lengthy statement in response to the situation, which you can read in it's entirety here. In short, he says he respects that everyone's entitled to freedom of expression and opinions, he went too far using "inflammatory and inappropriate language."

What do you think? Should PSY be forgiven for this? I'm all for freedom of expression, obviously, but even I have my limits, and PSY crossed them.